The great fear is that automation and artificial intelligence will steal all our jobs, but what the doomsday-ers don’t take into consideration is how many jobs these technologies will create. For example:

It’s a new age of automation, and we’re in the toddler years. We’ve already discussed how automation and AI will affect recruiters. Now let’s shift directions slightly and look at what the age of automation means for candidates and their skill sets.

Candidates will need to reskill

According to this report from the McKinsey Global Institute, by 2030 we’ll see an increased demand for technological, social and emotional, and higher cognitive skills, all thanks to automation, and the demand for physical and manual skills will fall. To prepare for such changes, candidates across industries will need to augment their existing skill sets or learn new ones entirely. Let’s look at each of these in greater detail.

1. Candidates will need to step up their IT game. Candidates who understand automation and AI will have distinct advantage over those who do not. Obviously there will be increased need for workers who are skilled in cloud computing, cybersecurity, machine learning, big data, the Internet of Things, etc., but even candidates who aren’t in IT fields will need a basic understanding of these things.

Where you do your recruiting affects the degree to which your candidates will need to have these news skills. Candidates in tech hotspots such as Silicon Valley, New York City, Boston, Seattle and San Diego, where adoption of AI and automation are happening more rapidly than others, will need to demonstrate mastery of such skills sooner than later.

On a more global scale, the McKinsey report found that in general, U.S. candidates need to reskill more so than their European counterparts:

Creativity will be prized

The U.K. company Nesta detailed this need in their report titled, “Creativity vs. Robots.” Their study found that 21 percent of U.S. employment is highly creative (in the U.K., that number climbs to 24 percent) — and they don’t just mean artists and poets. They mean roles that require creative problem solving such as web designers, IT specialists, architects and public relations professionals. Creative candidates in jobs like these will fare much better in an age of automation.

Most people attribute this quote to Charles Darwin: It is not the strongest of the species that survives, nor the most intelligent that survives. It is the one that is most adaptable to change.

He may or may not have said it, but the same sentiment applies here. Automation and AI can be feared or embraced. Technology is meant to be a boon to humanity, and the ones who prepare and reskill accordingly will not only survive, but thrive. 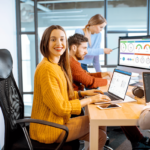 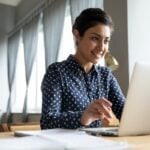 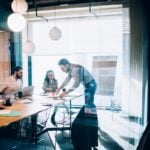